Yet another blockbuster episode!

None other than mighty Mike Nesmith starts the show, giving us a sensational shout-out!

Then we swing right into an in-depth discussion of the many Monkees/comic book connections! Not just in print, but you'll find out which superhero-themed actors have a relationship to the guys, the show, and their music! You'll be surprised, as comics fans and experts Al and Alan give you the low-down on the many funny-book facts!

NEXT-Famed comics and SF and comics writer (and producer and movie-maker and musician) Don Glut calls in, with an exclusive interview! Don not only has written for many of the world's most popular comic books and animated TV shows, but he was also part of the Nez-sponsored late-60s band The Penny Arkade! We get all the inside tidbits from Don!

You'll then be treated to a very rare 1971 version of "Salesman," a song written by the Penny Arkade's own Mike Smith!

Also included is a hot new re-mix of the Monkees' version of this famed '67 song!

AND-Our fabulous 3rd contest, with more Monkees swag up for grabs than ever before! Listen to hear what you can win and how you can win it!

PLUS-The usual jokes, laughs, music, mirth, sounds, and fun! More powerful than a locomotive! Or, at least the last train to Clarksville!

So what are ya waiting for? Click below to listen now, or download here (or on your phone), or directly from SoundCloud, iTunes, iHeart Radio, or Google Play! 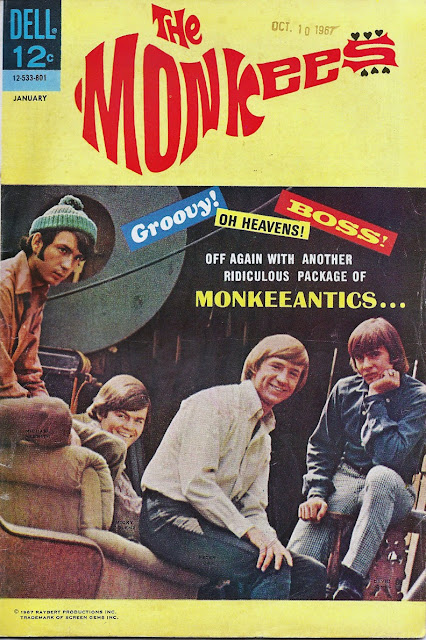 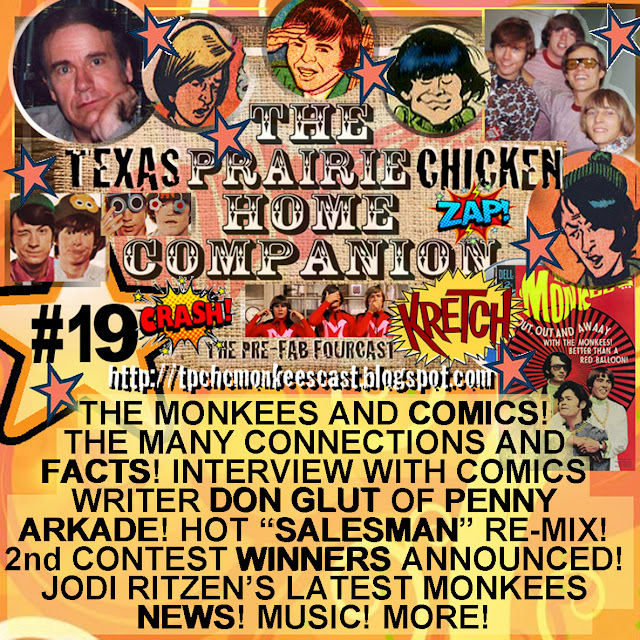